The mass of extremist literature and propaganda of the 1930s and 1940s would force Americans to reexamine the meaning of Un-American, the responsibilities of citizenship and freedom, and the "regulation" of civil liberties. The rise of the Far Right, as represented by the German American Bund and native American fascist groups, found its roots in the world wide social and economic decay of the 1920s. Europe struggled with communist revolution and fascist takeovers. Spain would be the first battlefield for fascism, communism and democracy. The "Brown Scare" would distort the debate over the United States entry into World War II and set dangerous precedents for Cold War suppression. The Brown Scare prompted investigative committees (federal and state), registration acts and a flurry of other legislation aimed at suppressing these subversive activities.

These national and international issues were confronted in our very own backyard: in our local theatres, restaurants, meeting halls and parks. The "Red Scare" of the 1920s would become the "Brown Scare" of the 1930s against the fascists.

Propaganda took on new meaning as mass printings, radio shows and movies overwhelmed the nation with this new wealth of "information." 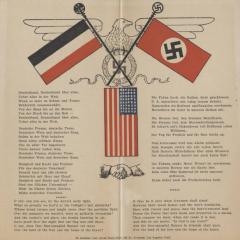 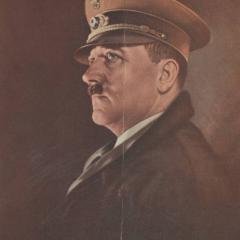 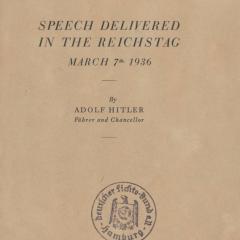 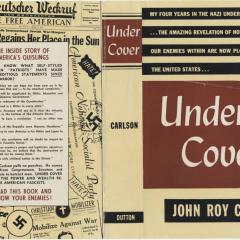 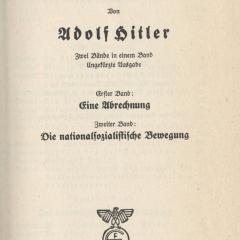 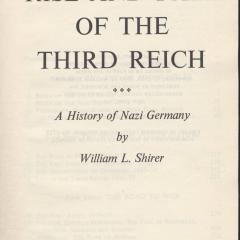 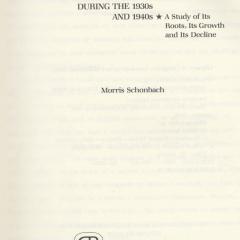 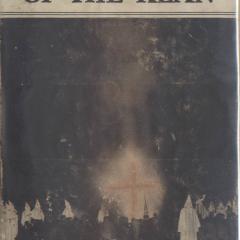