The Techniques of Propaganda

"Propaganda is a weapon" Hitler declared, "as much as submarines, tanks and bombs." It served as the psychological weapon of Hitler's campaign to "divide and conquer" the world. Never before had the world been so overwhelmed with so much "information." Pamphlets, cartoons, booklets, motion pictures, radio shows, and lectures written and produced both in the United States and abroad bombarded the American Public with the alleged problem of the Jews, the glory of the Third Reich, and the moral decay of the world.

The techniques of name-calling, guilt by association, card-stacking, scapegoating and smear campaigning made it difficult to distinguish truth from fallacy. During this period, the documentary became popular because it seemed a reliable source of information. For an unsuspecting public, statistics and film could be and often were distorted in the "telling of the truth." To understand the terms un-American, "subversive," "fifth column," "fascist," "the left," and "the right" proved challenging for the American people in the 1930s and 1940s.

Fascist propagandists favored anti-Semitic disinformation for spreading fear and suspicion. Historian Henry Steele Commager observed, "The intolerance of the 30s and 40s had not even the dignity of intelligence, or accuracy or a moral purpose."

Native fascists and Bundists embraced anti-Semitism to spread dissension among the American people. In countless speeches, articles and broadcasts, American anti-Semites accused Jews of leading imaginary world takeovers, and of plotting economic and political chaos through New Deal programs. Fascists built this campaign of hatred upon centuries of irrational accusations. They characterized Jews as materialistic, power hungry, dishonest and immoral.

Hitler added to anti-Semitism one unique, but deadly factor: racism. Nazis theorized that Jews possessed indelible characteristics that prevented them from ever becoming an acceptable part of society. Therefore, faced with a hopeless situation, Hitler used racial anti-Semitism to justify the Final Solution.

Leon C. De Aryan, editor of the San Diego newspaper, The Broom, parroted Hitler's racial theories: "A Jew is a Jew. Period. He is not an American, he is not a white man...he is a Jew, a peculiar, special creature of his own who stands out and apart." American anti-Semites applauded Hitler's insight into the "Jewish Problem" and urged the adoption of his tactics in America to control the Jew. Jews became the scapegoats for the fear and uncertainty following the Great Depression. 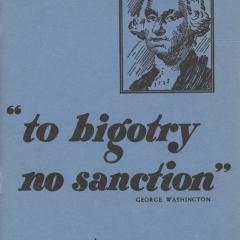 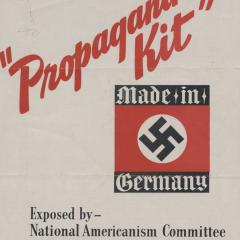 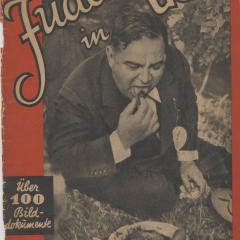 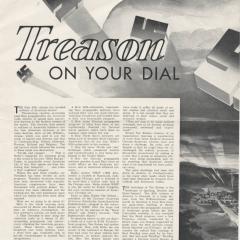 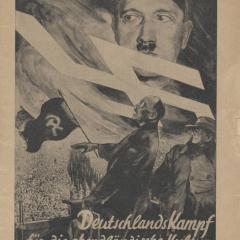 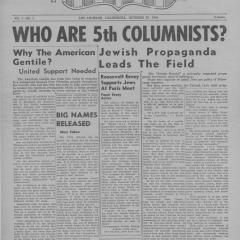 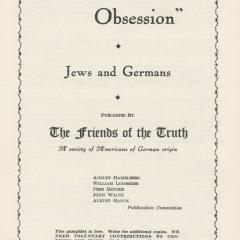 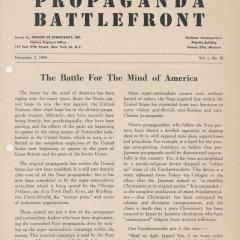 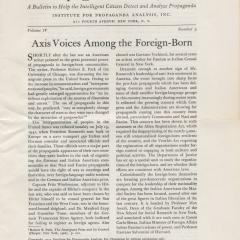 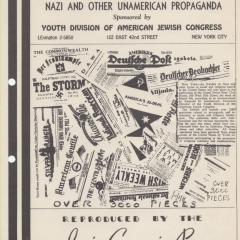 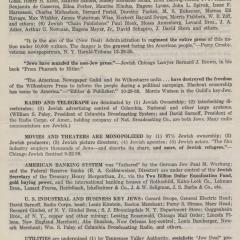 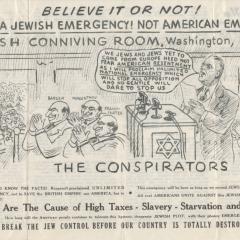