Bundists and native fascists recognized film as a powerful propaganda tool. National Bund Leader Fritz Kuhn included on the Bund agenda the "thorough cleaning of our most important medium of propaganda and entertainment, the Hollywood film industry." Both groups particularly despised movies that depicted their movement as sinister, corrupt, or comic. They violently opposed such films as "Confessions of a Nazi Spy," "The Great Dictator," and "Watch on the Rhine." West Coast Gauleiter Herman Schwinn accused Hollywood film actors working with Alien refugees to spread subversive doctrines in this country.

Fascists used familiar anti-Semitic charges in their attack on Hollywood. They claimed the "Jewish Monopoly" deprived non-Jewish actors, producers, and technicians of employment. They further contended that the Hollywood Anti-Nazi League forced stars, writers, and artists to fund Communist activities. They believed movies American morals through the glorification of "easy living," sensuality, and crime.

Fascists and Bundists would not have been so vocal in their opposition to Hollywood if they had not felt themselves under attack. Much of their anti-Hollywood campaign was in direct response to the anti-fascist activities of the movie industry. 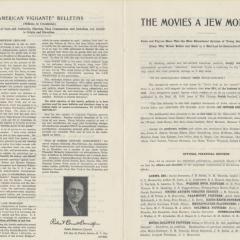 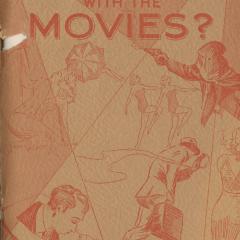 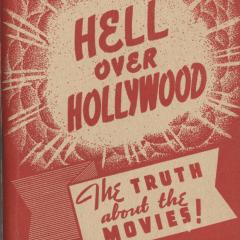 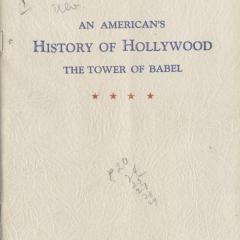 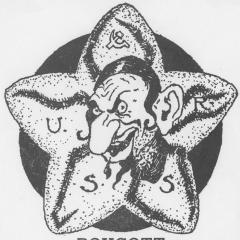 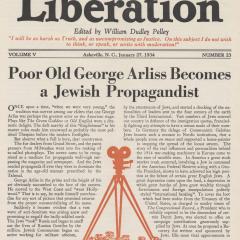 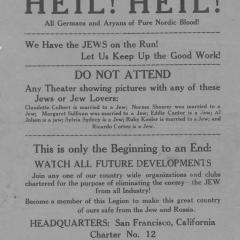 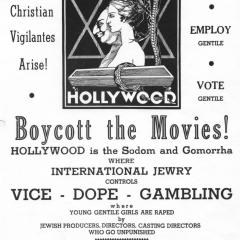 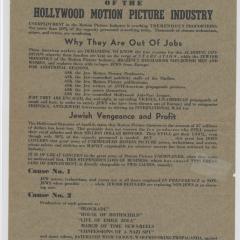 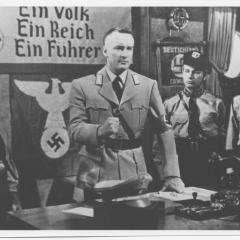 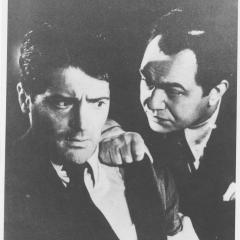 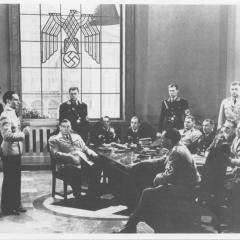 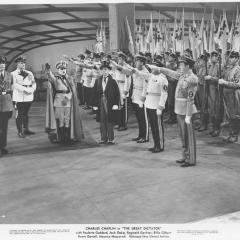 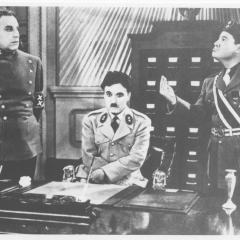 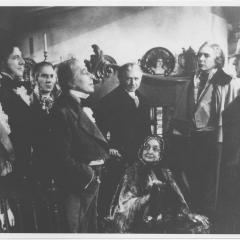