Black people have consistently asked of their fellow Americans one thing: equal treatment as citizens. Recent attacks in on the Capitol in Washington D. C. and on individuals in Los Angeles have shown us just how unequal treatment by law enforcement continues to be. On January 6, 2021, an angry mob spurred on by President Trump stormed the Capitol Building with little resistance. On that same day, Trump supporters rallying in downtown Los Angeles assaulted the Black body of Ms. Berlindo Nibo, who was just passing by on the street. The following images have been graciously added to this exhibition by photographer Raquel Natalicchio. 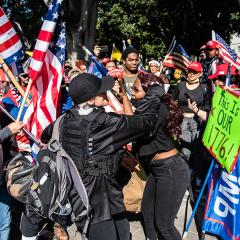 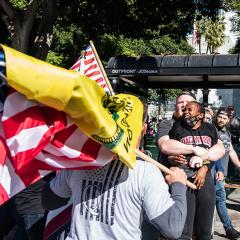 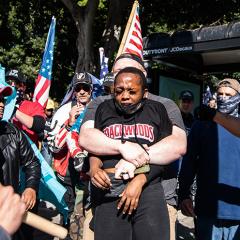 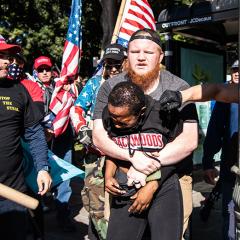 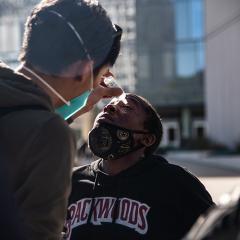