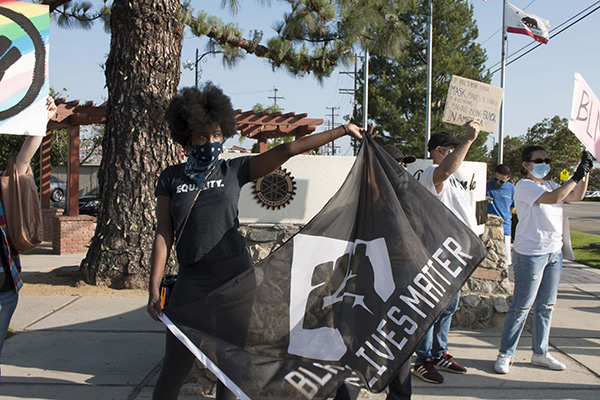 The murder of George Floyd on May 25, 2020 demonstrated unequivocally that the tolerance for racial inequality in the United States could no longer remain unchallenged. The ugly and constant crimes committed against the Black community had reached a breaking point, forcing society to confront systemic racism and its influence on the country. The nation responded with protests aimed to increase awareness on the subject and to demand change and consequences for those responsible. The 2021 BHM Digital Exhibition: Confronting a Pandemic Within a Pandemic provides a glimpse into the events that unfolded in the summer of 2020 as viewed through the lenses of various photographers, including Keith Rice, historian/archivist at CSUN, and Nicholas Soracco. Depicted in the videos and photographs are protestors occupying intersections; marching in the streets; delivering valiant and inspiring speeches; and displaying thought-provoking signs that collectively demanded equality for the lives of Black people. The protests also highlight the divisions and the differences in attitudes towards some of the nation’s citizens, with supporters of President Trump's actions receiving little resistance from police during their counter protests, culminating in the storming of the Capitol on January 6, 2020. Tragic and painful, these events provide a snapshot of America and the racial pandemic amidst the COVID-19 pandemic and the ongoing pursuit of equality in a country that professes all its citizens are created equal. 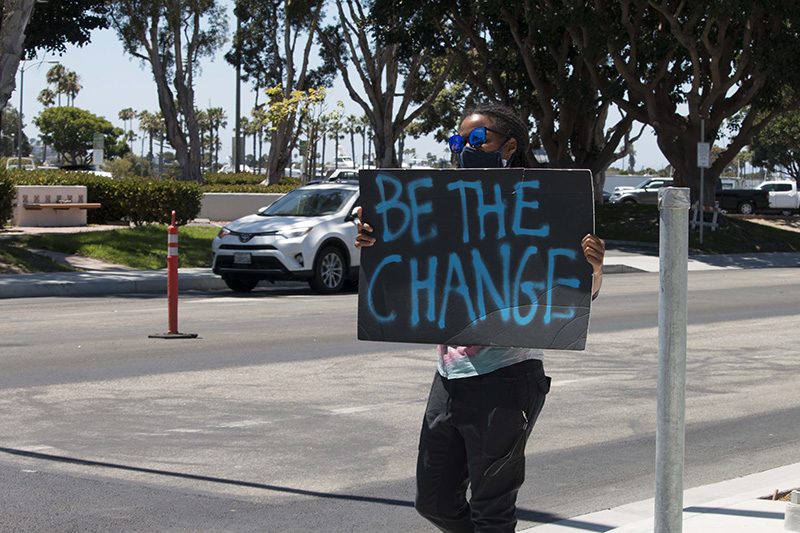 A protester holds a sign near the intersection of Mindanao and Admiralty Way in Marina Del Rey, June 18th, 2020 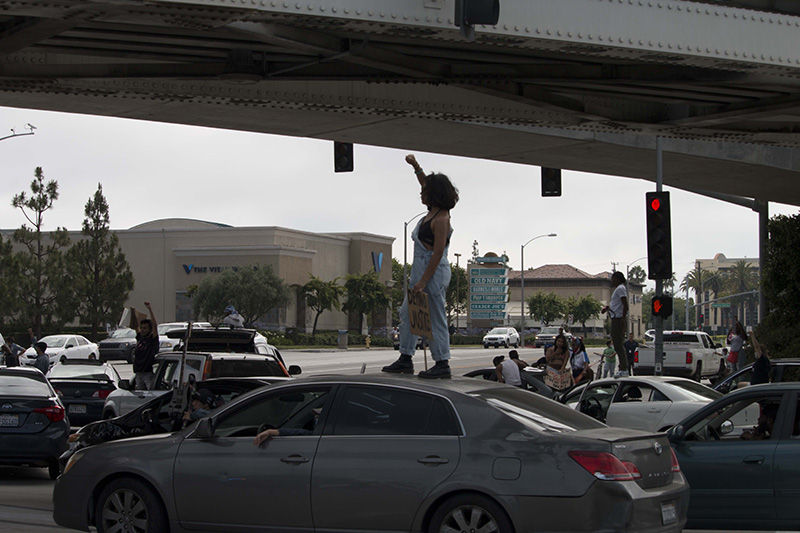 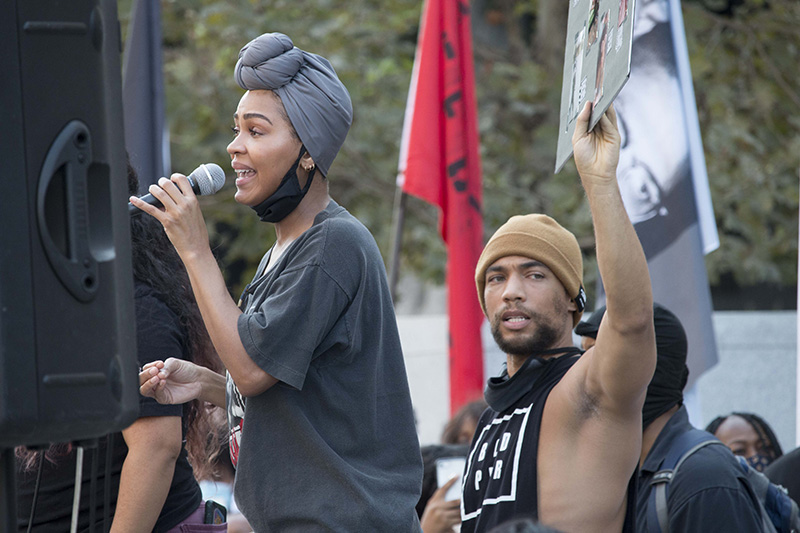 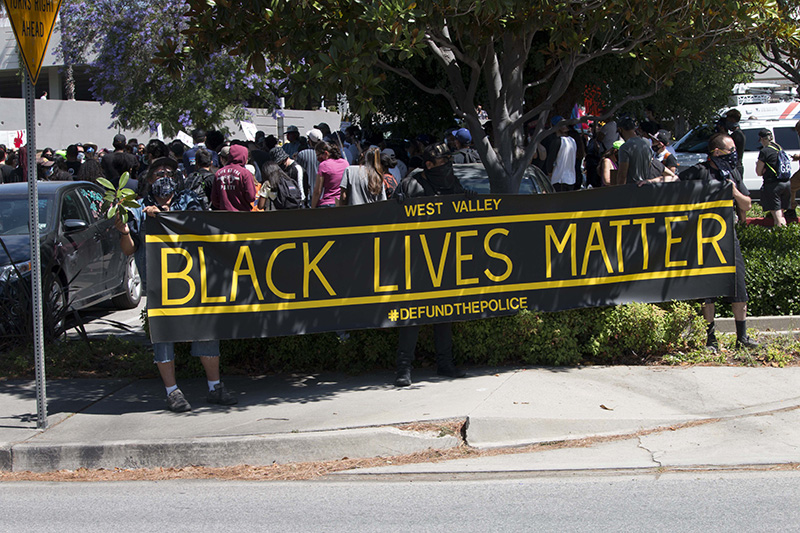 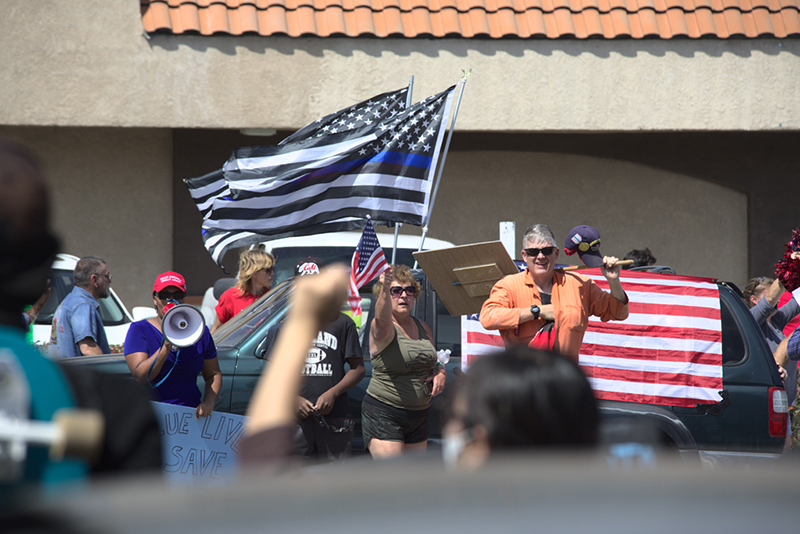 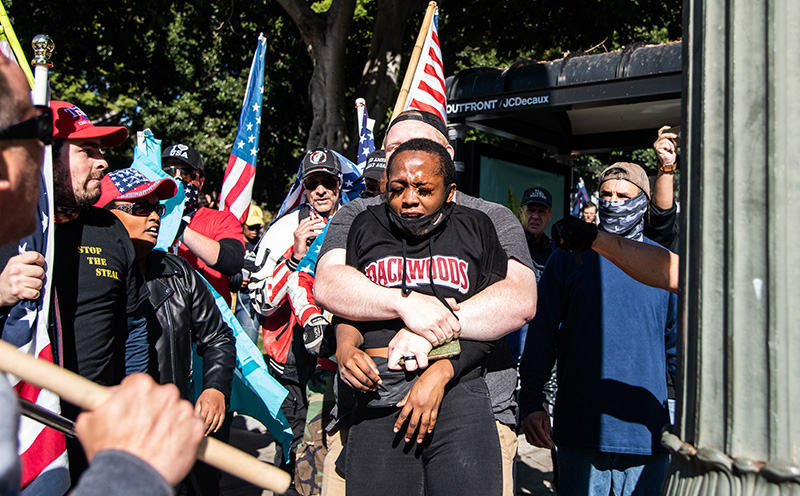 A pedestrian is physically held down while a Trump supporter sprays her with mace, January 6, 2021. Photo by Raquel Natalicchio