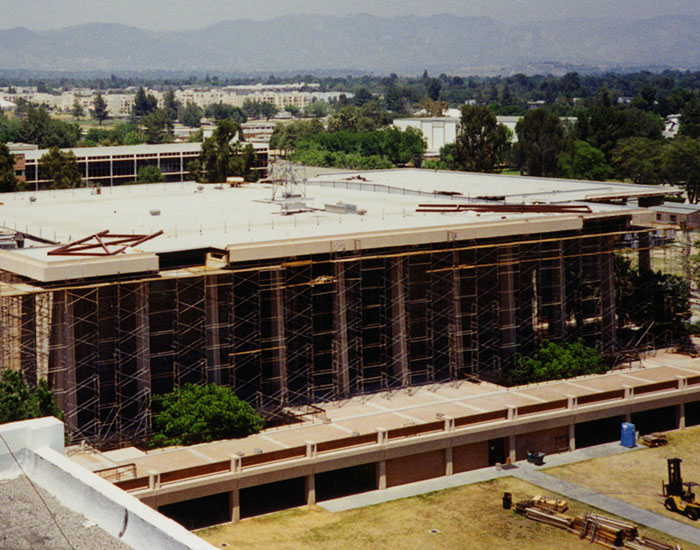 The Northridge Earthquake Photo Collection contains a series of photographs taken by Geography Department staff members in the days and months after the 1994 Northridge earthquake. Northridge was the epicenter of the 6.7 magnitude earthquake that occurred in the early morning of January 17, 1994 killing dozens of people and damaging numerous structures and freeways throughout southern California.

Former Geography Department Map Curator, Michael Swift, and Assistant Map Curator, Kris Tacsik, took photos on the CSUN campus and surrounding communities of Northridge, Granada Hills, and Reseda in the days and weeks after the earthquake. Their photos provide valuable first-hand documentation of some of the significant damage that occurred, showing collapsed apartment buildings, freeways, and parking structures. The photographs also document what life was like on the CSUN campus in the aftermath of the earthquake, which occurred only days before the commencement of the spring 1994 semester. Due to damage to many buildings and classrooms on campus, the university established several “recovery villages” that housed temporary trailers and tents for classrooms, offices, and “student services.” Without a bookstore or general food service facilities, for example, these temporary trailers and tents also provided basic snack and food services on campus. Additionally, without being able to use classrooms at the beginning of the spring semester, professors often met their classes outside in clearings on campus, off-site, or in the temporary trailers.

Immediately after the earthquake, staff members from the Geography Department were sent to several buildings on campus to inventory the damage. In the main Administration building, which remained closed for several years after the earthquake, Geography staff had to use flashlights and recall seeing water flowing from the ceilings down to the lower floors due to broken water pipes. Office debris covered the floors and in some areas entire ceilings collapsed. In the Map Library (Sierra Hall 171), map cabinets shifted off their bases and fell over, and hundreds of map drawers were jostled out of their cabinets onto the floor. Map Library staff assembled a make-shift Map Library service point out of the back of Kris Tacsik’s Chevy Suburban where they provided access to common instructional materials like maps, globes, overhead projectors, and tool kits. 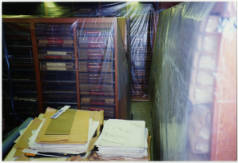 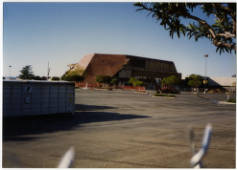 Damage at the Northridge Shopping Mall 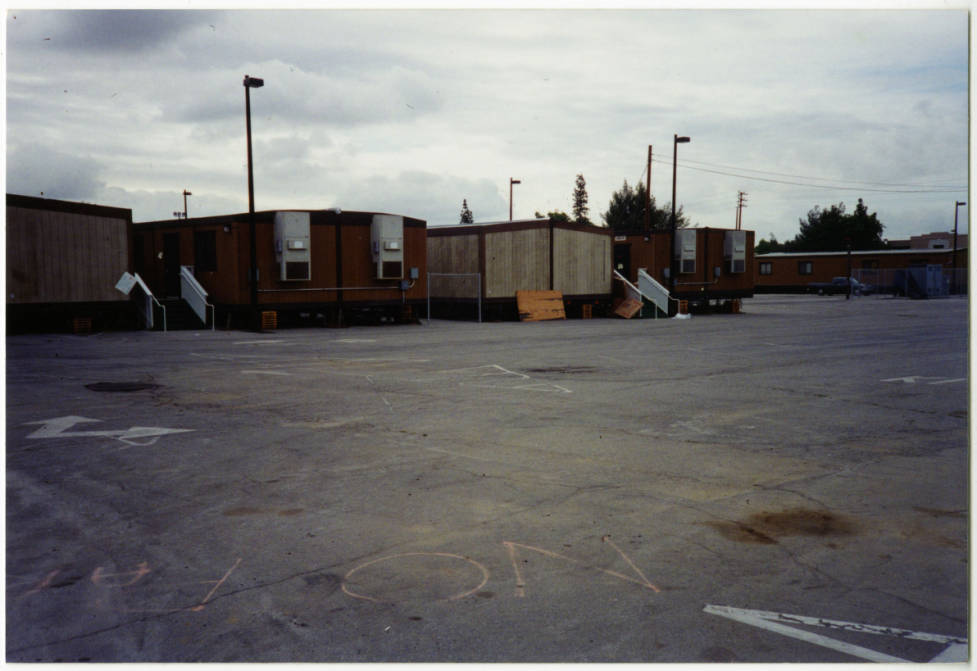 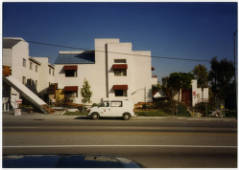 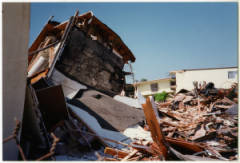 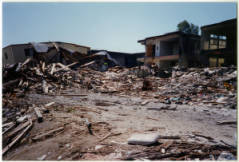