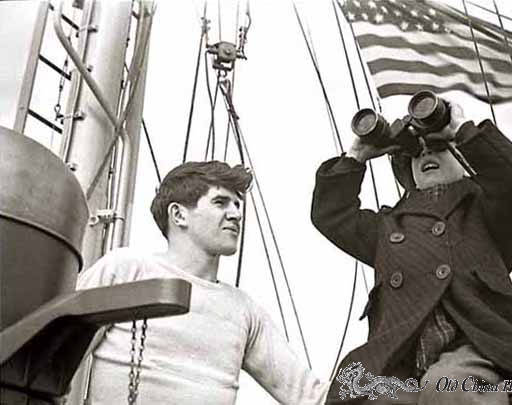 Harold Giedt, the child of American missionary parents, was born and raised in Shanghai where he attended the Shanghai American School, found himself back in China in 1945 as a newly-commissioned 2nd Lieutenant in the Marine Corps. Having received training from the military in Mandarin Chinese, he was posted to an assignment in Civil Affairs in Tientsin.

Giedt was an enthusiastic amateur photographer, and, before leaving for China, acquired a Kodak Bantam 828 camera for colored slides and a twin lens reflex for black and white photography. In Tientsin he found most of his afternoons free and used the time to roam about, practicing his Mandarin and photographing street scenes and people. A foreign officer in uniform who tried to speak the language proved to be an attraction and helped to break the ice between himself and his subjects.

After the war Giedt returned to the States, resumed his education, became a psychologist at Cal State Northridge, and raised a family. His photographs of China were put away, many remaining in negative form for some 60 years until, with assistance and encouragement of the Old China Hands Archive, they were seen by the photographer and the public for the first time. The photographs revealed skill in composition and selection of subject, as well as genuine sympathy for the people of China.

In 2007, the University Library mounted an exhibition of Harold Giedt’s Tientsin photographs called Faces of Tientsin, 1946. A sampling of these may be seen as a part of this digital exhibition. 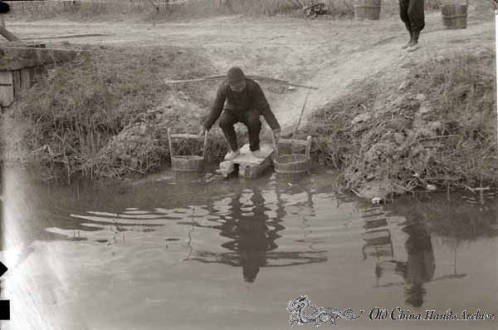 Man filling buckets with water from the nearby river in the countryside near Tientsin, spring 1946 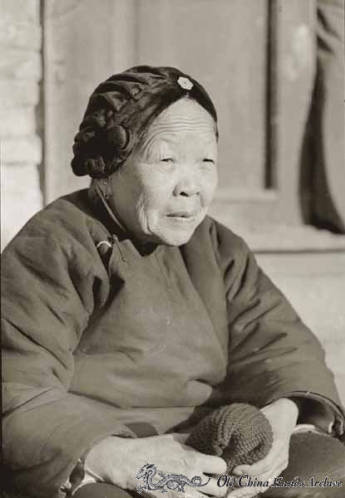 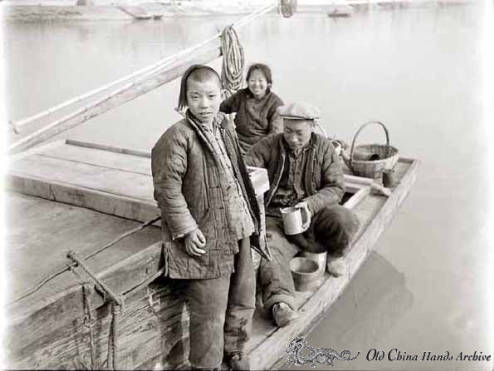 Living on the Hai He River near Tangku, the port of Tientsin China, spring 1946 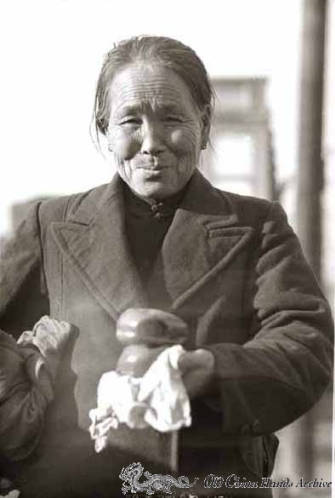 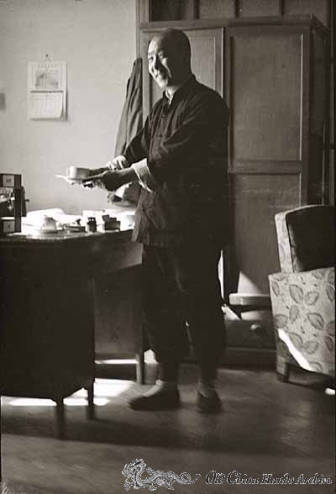 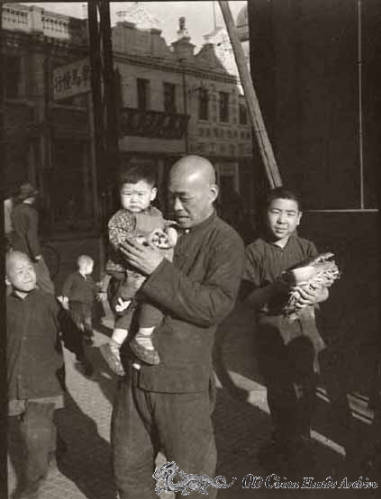 Proud father showing his child to neighbors on the streets of Tientsin, spring 1946 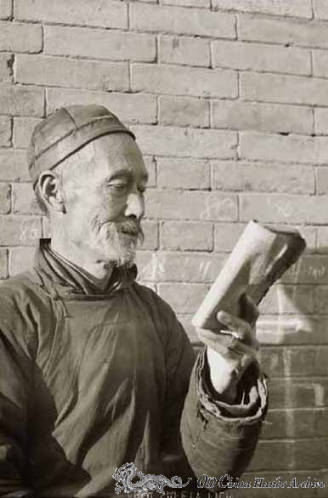 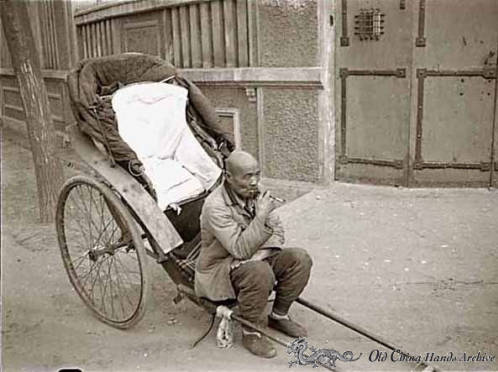 A rickshaw driver waiting for a customer on a street in Tientsin, spring 1946 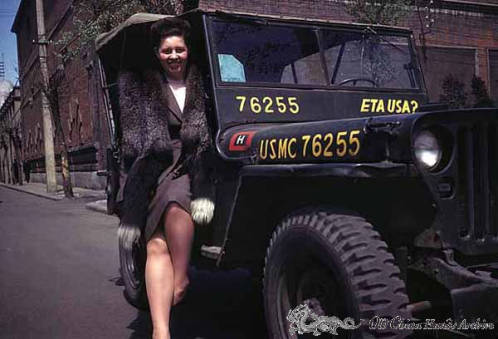 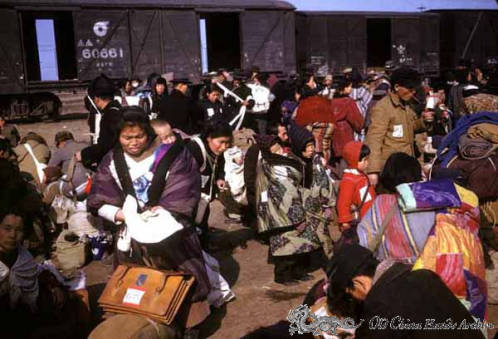 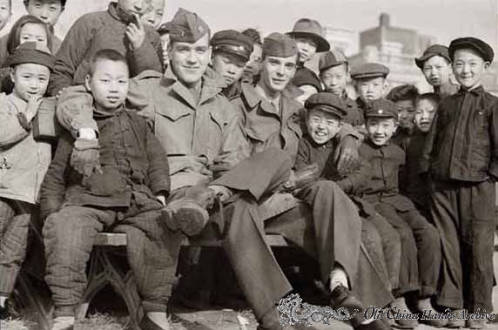 American enlisted men with a crowd of local children in Tientsin park, 1946 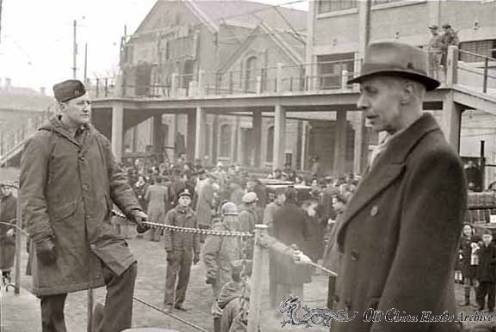 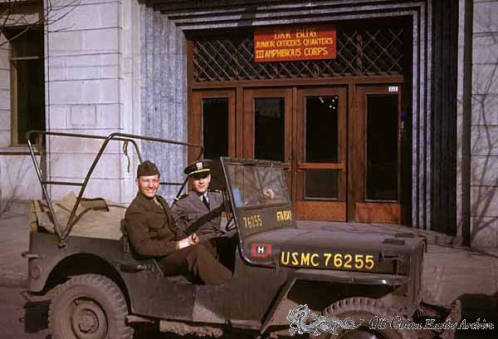 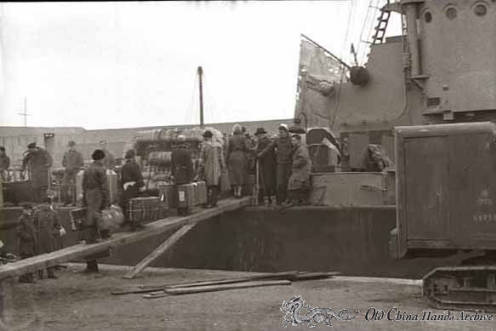 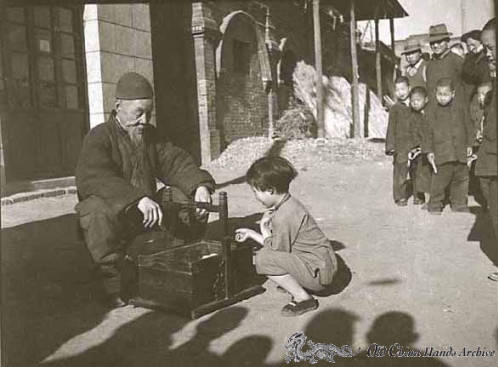