The Campo de Cahuenga Historical Memorial Association Collection contains materials related to the Campo de Cahuenga and includes correspondence which documents the San Fernando Valley Historical Society’s efforts to have the park recognized as a National Park. While these efforts were unsuccessful, it did result in the city’s commitment to maintain and repair the park.

Located near the Cahuenga Pass in Studio City, the Campo de Cahuenga, was an adobe ranch house where the Treaty of Cahuenga was signed on January 13th, 1847 by General Andres Pico and Lieutenant Colonel John C. Also known as the Articles of Capitulation, the treaty ended hostilities between California and the United States during the Mexican-American War (1846-1848). California was later formally ceded along with other territories to the United States in 1848 under the Treaty of Guadalupe Hidalgo. 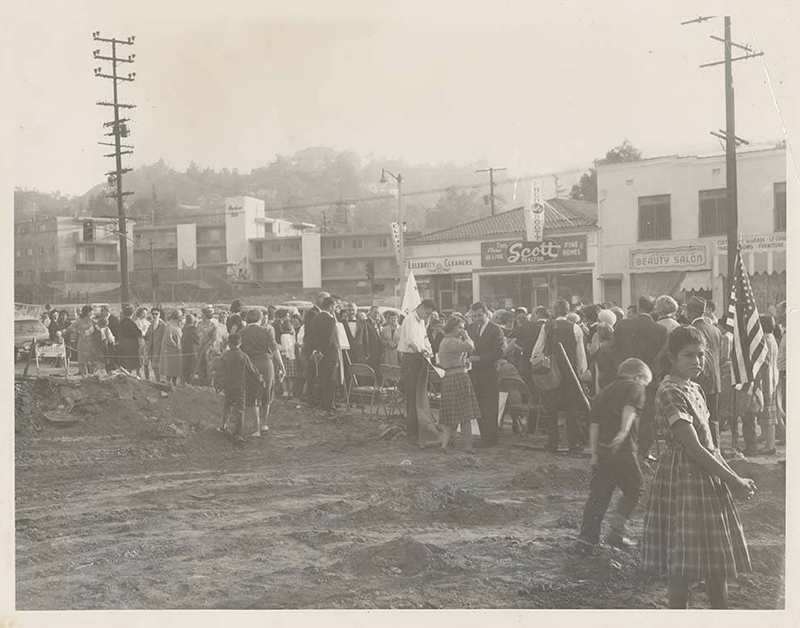 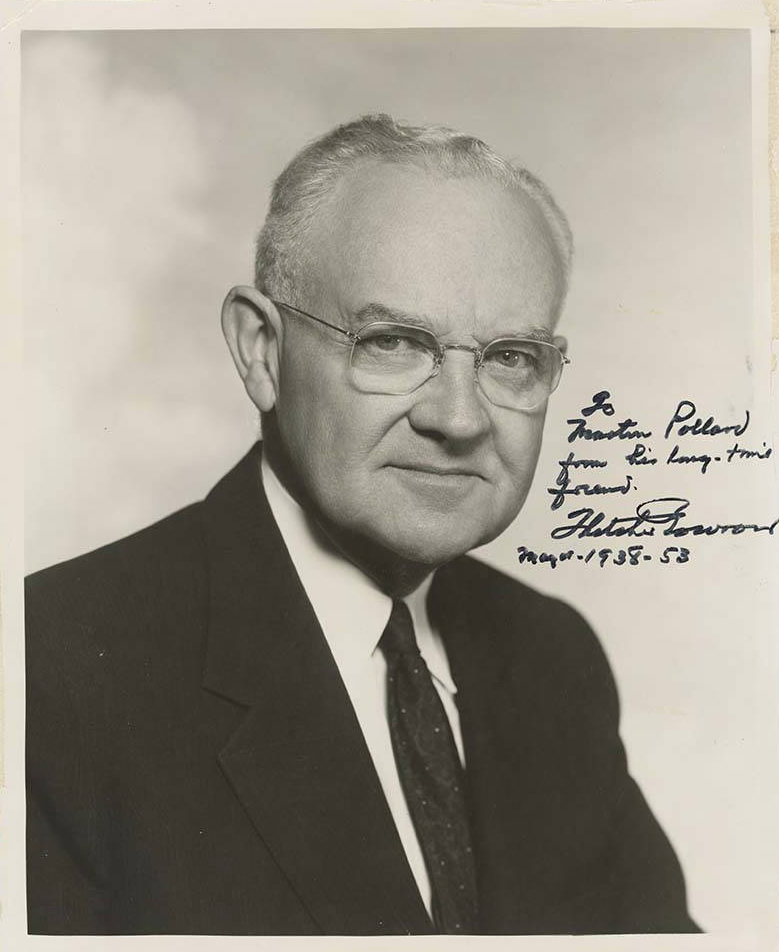 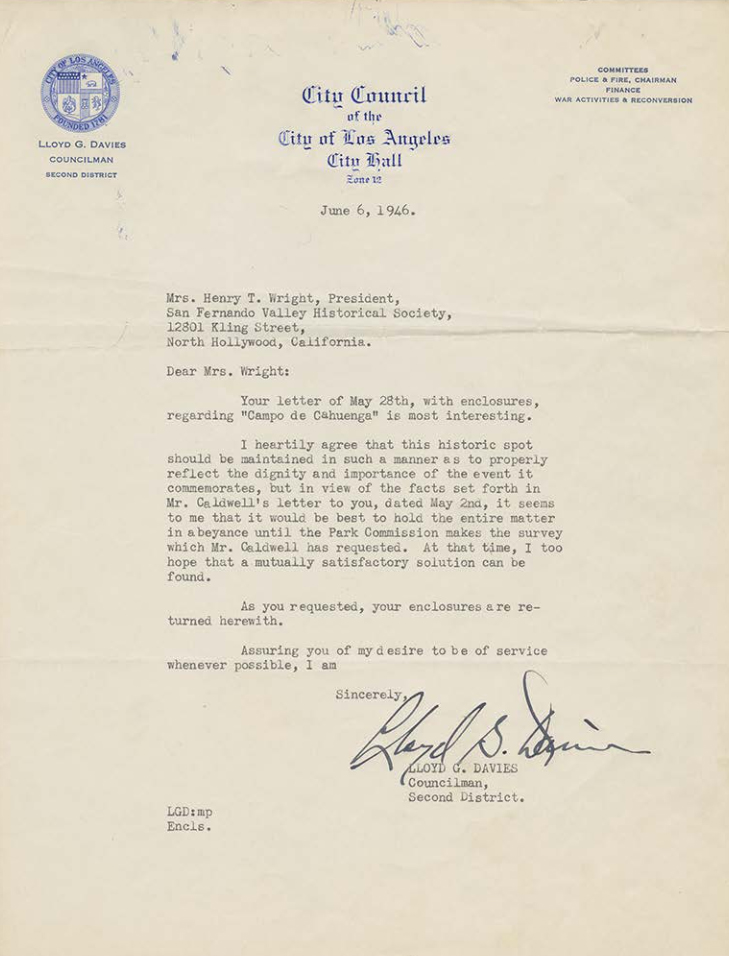 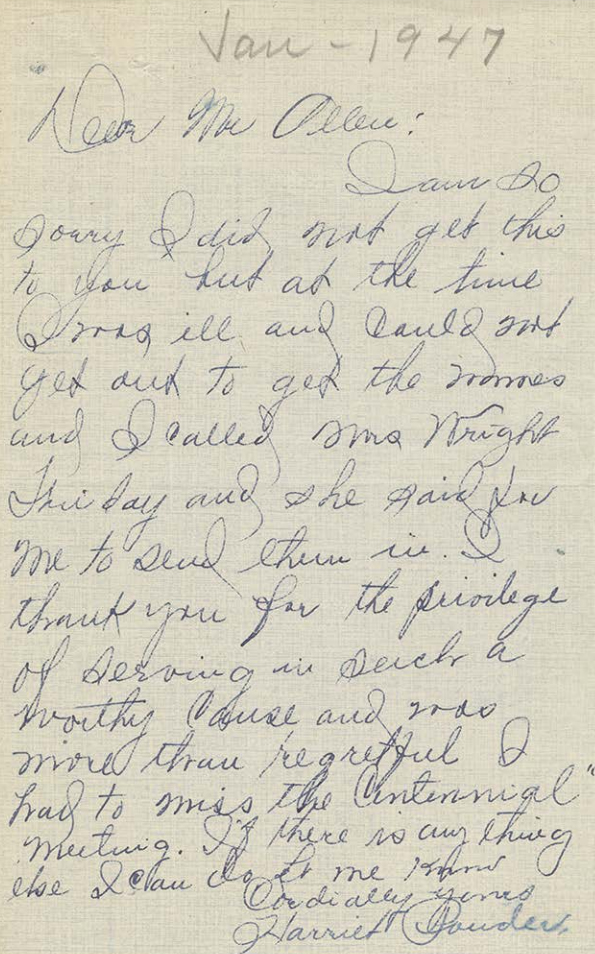